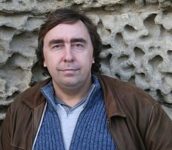 After years of numerous more or less openly announced suspicions and accusations of Russian businessmen and politicians have been fraudulently obtaining their university degrees, some people just about had it. Since plagiarism and fraud is a thread to all people working in academe and science, there must be a „cure“ found to end this decline in academic credibilty. So a group of scientists, journalists, anti-fraud activists and other volunteers came together in 2013 and founded the NGO „Dissernet“. In their aanifesto they declare their goals to be a clensing of the Russian academic system of all fraud, especially when it comes to plagiarism in dissertations and habilitations approbated since the 1990ies. I have had the pleasure to met my inteview partner Andrei Rostovtsev during the International Plagiarism Conference in Brno (Czech Republic) this spring. He is one of the founding fathers of „Dissernet“. Since 2013 he and his colleagues are eagerly working on reaching mentioned goals, and very successfully so! According to the „Dissernet“ website between 2013 and 2016 more than 5600 suspicious documents where checked and 1300 of those were so bad, the „Dissernet“ reports brought justice to the culprits. Prevention of plagiarism is a major part of my own profession since 2010. So it comes as no surprise whatsoever that I know of „Dissernet“ for a long while already and I am glad I finally have the chance to present their work on my blog!   What the Dissernet founder has to say – The interview Natascha Miljković… Lesen Sie hier weiter! →